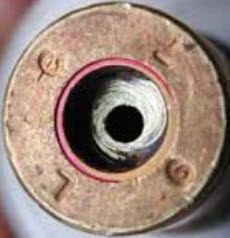 How do you remove the primers from crimped brass? Your resizing/decapping dies can deprime these, but sometimes it is a little rough on the decapping pins and you may shear a few of them off. The best way we have found is to use the Lee Universal Decapping Die (P/N 90292) and a Squirrel Daddy hardened steel decapping rod (P/N SD24-107). Use the decapping die in position #1 of your turret/progressive press and the resizing die in position #2. This will allow the pressure of decapping and resizing to be spread between the two dies. If using a single stage, you would have to do them in batches of course.

Once the brass has been decapped your next step is to remove the crimp from the brass. The two main ways of removing the crimp, is to use pressure to ‘push’ the crimp rim back into the base, or to ream out the crimp with a reaming tool. In either procedure, this process is referred to as primer ‘swaging’, which is not to be confused with bullet swaging. Swaging is simply reshaping or altering the metal to a new dimension.

In my opinion, using pressure to push the crimp back into the case base, may slightly weaken it, so we ream the primer pocket instead. Many manufacturers make primer pocket reamers (small and large) and are quite inexpensive. These usually run about $10 or so (plus shipping) and last many thousands of operations. A hand tool similar to a screwdriver can also be purchased to insert the reamer for reaming or they can be checked into a drill for even quicker swaging. It normally only takes a second or two to ream a case and if you are two handed, you can do dozens of cases a minute.

If instead you prefer to use the pressure method, Dillon makes one of the best but other manufactures make some good ones too. Prices on these range from $60 to $120. So as you can see, the reamer method is a little less expensive too. 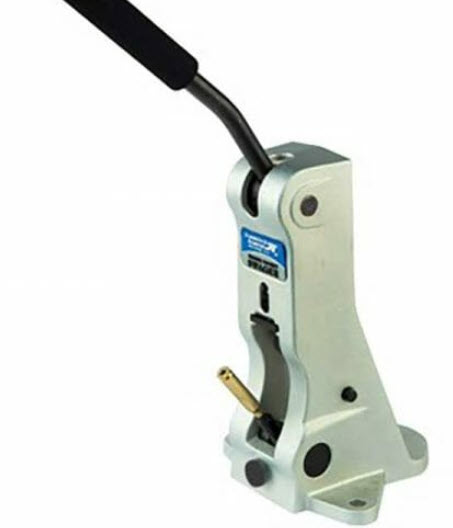 Of note, some presses such as the Dillon 1050/1100 have a swaging rod that can be used to swage brass.